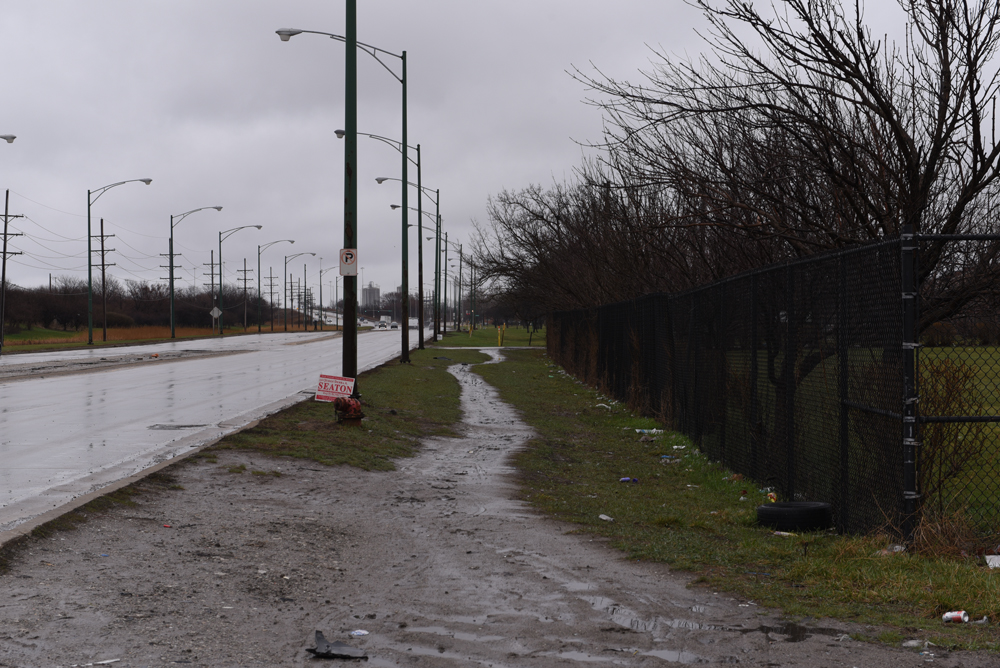 The neighborhoods on Chicago’s far south side are home to a wealth of new and existing amenities, including growing employment centers, new and existing open spaces, and cultural destinations like the Pullman National Monument.

Despite these assets, the area is also home to some of the Chicago region’s most under-resourced and disconnected communities. Residents of neighborhoods near Lake Calumet like Altgeld Gardens, Golden Gate, and Hegewisch are hemmed in by heavy industry, freeways, waterways, and rail yards. Accessing these neighborhoods without a vehicle is not only challenging, but nearly impossible. Compounding that problem is that many of the factory jobs in the area have left, leaving many residents with poor access to jobs, especially if they do not own a car or cannot drive.

But community residents and organizations are determined to work past these challenges and tackle these problems firsthand.

The Southside Trailblazers, a group of local residents, trail advocates, and community organizations from the neighborhoods surrounding Lake Calumet formed a few years to promote pedestrian and bicycle connections throughout the area so that residents would not have to rely on a vehicle to travel around their community. With assistance from the Active Transportation Alliance and the Calumet Collaborative, these residents are pushing projects, which have been identified as priorities in a number of community plans, to their elected officials and government agencies to ensure these pedestrian and bicycle connections become reality.

A History of the Lake Calumet Communities

When George Pullman and his train car company built the neighborhood of Pullman in the late 19th century to house its company’s factory workers, many of the other communities around Lake Calumet quickly grew into factory towns as well and heavy industry flourished on the far south side. However, by the mid-to-late 20th century, as industrial companies began relocating away from the south side, the larger Lake Calumet area, like many older areas around Chicago, saw vehicular transportation options take center stage. The Bishop Ford Freeway was built to connect the growing south suburbs with downtown Chicago, and streets were widened to accommodate increased vehicle and truck traffic. Concurrently, pedestrian and bicycle infrastructure was heavily deprioritized. Unfortunately, when the factory jobs relocated and the neighborhoods went through economic stagnation and commercial disinvestment, vehicular infrastructure was still prioritized over the nearly non-existent pedestrian and bicycle infrastructure.

In addition to the industrial legacy that created a car-centric built environment, the Lake Calumet area is home to a rich history of environmental justice activism and labor organizing, which continues to inspire local residents to take action and push for change.

More recently, with the national monument designation for the Pullman neighborhood and creation of the Big Marsh Park next to Lake Calumet, there has been a drastic uptick in renewed opportunity in the Lake Calumet area. Community organizations are making huge strides in advocating for economic development, particularly to the area just north of Pullman which has seen a great deal of recent commercial investment. There’s also been a rising level of awareness of environmental justice issues for residents in these communities.

Additionally, in recent years, the Chicago Park District, Chicago Metropolitan Agency for Planning (CMAP), the Forest Preserve District of Cook County, and other government agencies developed a handful of community-driven plans to highlight necessary improvements in the Lake Calumet area. Through these planning processes, a number of pedestrian and bicycle trail connections have been identified. From there, the Southside Trailblazers have taken these community-identified connections and are pushing their elected officials and government transportation agencies to also prioritize the community’s wants and needs. The Southside Trailblazers are prioritizing five potential trail projects that, if built, would transform the Lake Calumet area.

Long-time residents of the Lake Calumet area are familiar with the mobility challenges posed by the lack of connectivity between neighborhoods. But with a swell of momentum to improve the area currently underway, residents feel like this is the perfect time to ensure there are healthy, safe, and affordable ways of getting around Chicago’s far south side.

Want to read more about the transportation challenges in the Lake Calumet area? The Chicago Tribune recently published two stories (here and here) about a lack of connectivity in the communities surrounding Lake Calumet.

About the author: Matt Gomez is a Trail Advocacy Manager with the Active Transportation Alliance in Chicago, IL. Matt can be reached at matt@activetrans.org or (312) 216-0474.